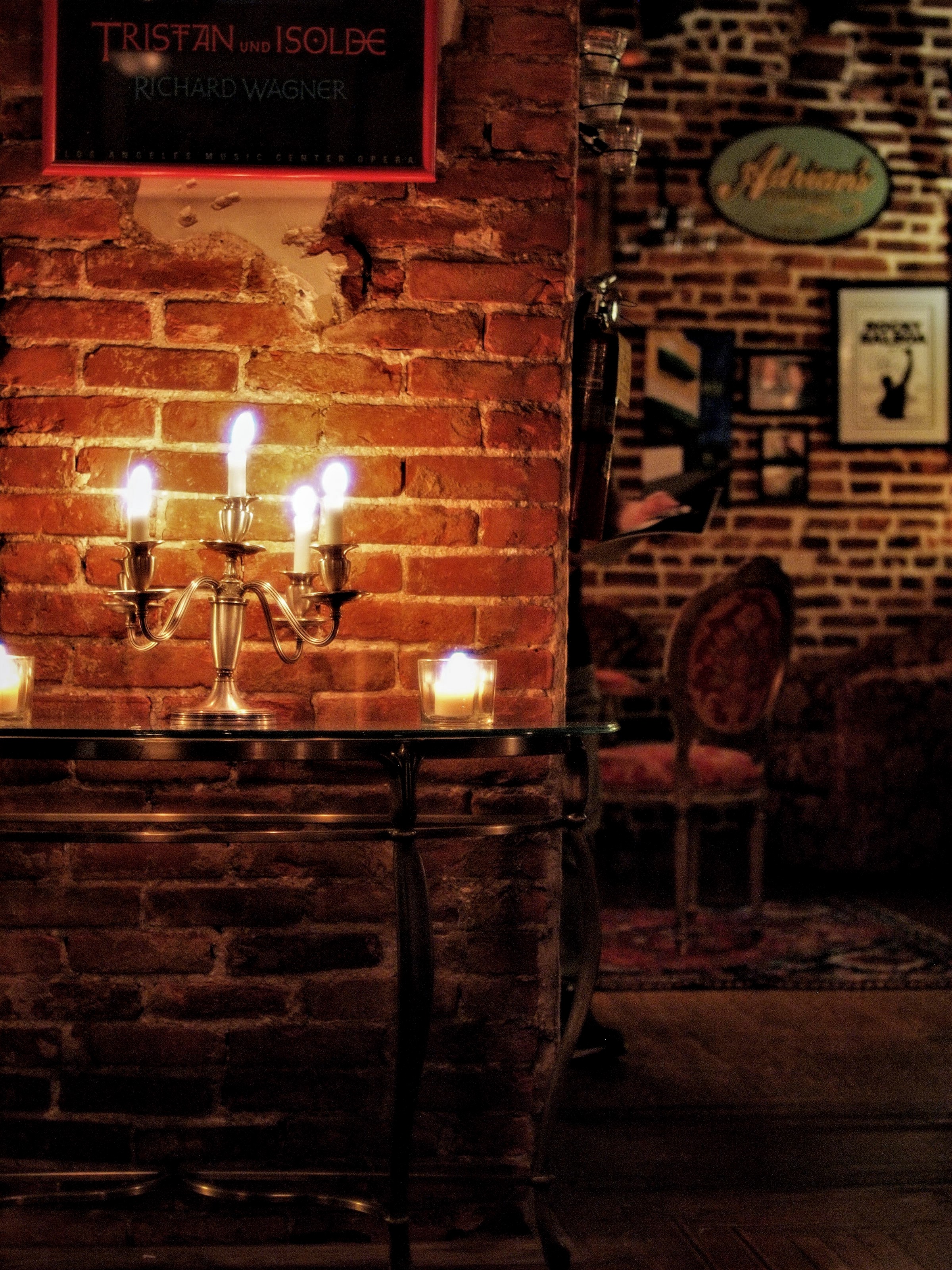 It was sometime in October 2005 that a location manager walked into The Victor Café scouting out a place that would become Adrian’s, an Italian eatery featured in a soon to be filmed, Rocky Balboa movie. Patricia Taggart is a phenomenal person with a wonderful demeanor. She assured me that “this is the place!!” Mr. Stallone would love to make his new movie. Skeptical by nature, I didn’t give it too much thought even when she dialed Sylvester on her cell phone and told him to fly into Philadelphia right away. She told me he would be here the next night. Yeah, right! Well, that Tuesday was a normal fall evening in South Philly. It was a fairly quiet night and I wasn’t expecting much when suddenly around 7:30 two large white limousine vans pulled up into my valet zone. “This isn’t happening” I said to myself. But sure enough out stepped around 15 burly men, among them, Sylvester Stallone! They whisked into the café not bothered by anyone. In fact if one didn’t know he’d be there, one might not have recognized him. They toured the café rather quickly and curiously they spent most of their time in the kitchen which is located in the basement.

The kitchen staff was really confused when these large men descended upon them. Mr. Stallone quickly took to the head chef, Pete. They hit it off well and spoke for what seemed like fifteen minutes. What were they up to? The next stop was the upstairs lounge. This would become the home away from home for most of the cast and crew for three unforgettable weeks in January 2006, especially for Frank Stallone, Sly’s brother and the driving force behind the Stallone empire. Entertainment Tonight filmed in the lounge as well as all the ‘behind the scenes” segments meant for release on DVD. After the upstairs touring they were through, and left as quickly as they arrived, signing some autographs and taking some pictures as they all loaded into their vans. They disappeared into the cold Philadelphia fall evening, south on Dickinson Street then north on 9th Street. I thought to myself, “Wow, did that really just happen?”

Meanwhile back at the café the patrons were buzzing, since a real Hollywood star had just left everyone talking! What was he doing there? When was he coming back? Everyone wanted to know, especially me! Well, sooner than we all thought, we had our answers. About an hour later the same large white limousines pulled into the valet zone and the same large men came pouring out, this time with an incredible appetite! Fifteen Veal chops and several bottles of Chianti later, Sly assured us that this was the place! They had really enjoyed themselves, especially the live opera singing. Sly even dialed his wife in LA and held up the phone while he was serenaded with an aria from the wait staff. He was so impressed that he decided to change the script to fit the opera theme into the movie. At first the café was to be just a boxing themed restaurant. But after his time there he decided to make just the “back room” the boxing memorabilia room and the rest to be kept with the opera theme. They said not to book the café between January 18 and February 10, 2006. With no contract in hand and no money up front I took the deal.

Wednesday and Thursday the 18th and 19th of January came and went and there was no sign of Mr. Stallone. I was beginning to get worried. My deal allowed me to be open for business on Saturdays and Sundays as the film is a union production but I thought that maybe they weren’t coming. Relief came the next day as around five guys showed up and started doing some modifications to the place. At least I knew they were coming. I opened up for business as usual the next night and Sunday. Business was great, as the word was out that Stallone was in town! No one was prepared for what happened Sunday night around midnight.

Earlier that week the Philadelphia Police posted signs prohibiting parking from midnight Sunday to 5:00 p.m. Friday. Those of us who live in the neighborhood see these kinds of signs all the time. Sometimes they actually mean something and other times they’re worthless. Who in his right mind would have believed he couldn’t park near his own home for an entire week?! I went to bed after business that Sunday around 11:00. Sunday’s aren’t a particularly late night at the cafe. Midnight struck and so did the sirens. I couldn’t believe what I saw: police cars, fire engines and tow trucks, all with their sirens blaring and lights flashing. Anyone who was asleep woke up mighty fast. People were running out in their pajamas (myself included) to move their cars. No one seemed upset and the police were actually nice about it. They didn’t tow anyone’s car. Instead they knocked on our doors and waited until we moved them, which was very nice. A full five block radius was cleared out and by 1:00 a.m. a caravan of 18-wheelers came rolling down Dickinson Street. By 3:00 a.m. flood lights turned night into day and we were officially underway. I still had no contract or money but I was feeling a whole lot better.

Magic. That’s the only word that could describe what happened over the next three and a half weeks. You know, they say that Hollywood is just a state of mind, and boy we were living it big time! Crowds lined the sidewalks behind police barricades. It was freezing cold, typical for January in Philly and there was electricity in the air. The stars pulled up around 5:00 p.m. in shiny black Escalade SUV’s. They were greeted with shouts and well wishes from the fans. They signed some pictures and then went to work. All that time I was in the café watching this unfold from the second floor windows with my kids. They were having the time of their lives as any 8 and 10 year olds would have been. “Roll film,” “Quiet on the set,” and all the other jargon were heard over the next eight hours. It was a real thrill. Then midnight came and the whole cast and crew took a break for lunch! Stallone went back to The Four Seasons Hotel and the rest of the grunts who ran the production stayed and ate food provided by their own in-house trucks. A coffee station was set up right outside my house. This gave my kids carte blanche to stay up all night and go outside for some hot chocolate and doughnuts. By 2:00 a.m. they all returned and continued to work until around 8:00 a.m. Then they went back to the hotel to sleep and got up in time to return to the café around 5:00 p.m. This scenario repeated for the next three weeks. After the first full week of work the trucks all loaded up and left the neighborhood. Everything returned to normal for the weekend then Sunday night rolled around and the whole process started again. I must admit that after the first week when they left for the weekend I became sad, knowing that this would all go away in just a short three weeks. I decided to soak up every last second of it and not let anything go by. Weekend business was off the wall especially when Sylvester, Burt Young and Frank Stallone showed up every Saturday night for dinner and stayed until near closing. What a blast! The outside night shots with the rain sequence were also fun to watch. A large fire truck was brought in to pump water up a very high pipe where it sprinkled out the rain. It was real Hollywood stuff for sure. Like I said, they worked every night until 7:00 or 8:00 in the morning but on the last day they worked until noon and then called it a wrap! It was sad and gratifying at the same time.